I actually made this recipe a few years ago, but never wrote it down as I made it and never used it again until recently.

Although I would generally serve it with olive oil, balsamic vinegar and crusted bread, I have used it to crust fish recently which tasted amazing!
INGREDIENTS
1/2 cup walnut halves
1/2 cup sun flower seeds
2 tablespoons coriander seeds
2 tablespoons cumin seeds
1/2 cup seasame seeds
1 teaspoon ground black pepper
1 teaspoon on rock salt, finely crushed
METHOD
1. Blitz together the walnut halves and sun flower seeds until they are slightly coarse.
2. Heat a frypan and toast seasame seeds over a medium heat for 2 minutes, or until golden brown. Remove from heat and set aside in a bowl.
3. Place coriander and cumin seeds into the frypan over a medium heat for 2 minutes until the aroma releases from them. Transfer to a mortle and pestle and pound until crushed.
4. Add all other ingredients to the mortle and pestle and mixed crushing slightly until combined.
Serve to your liking. 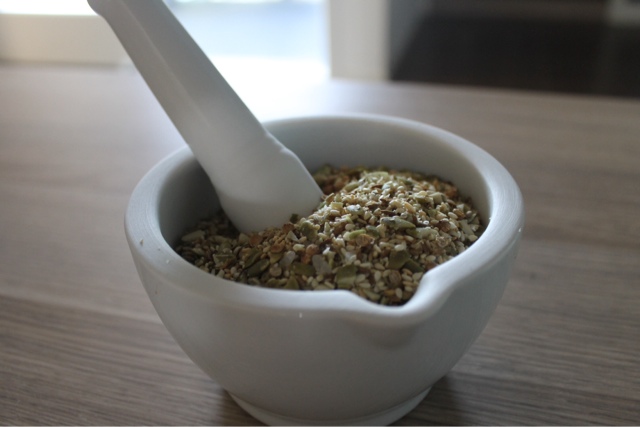 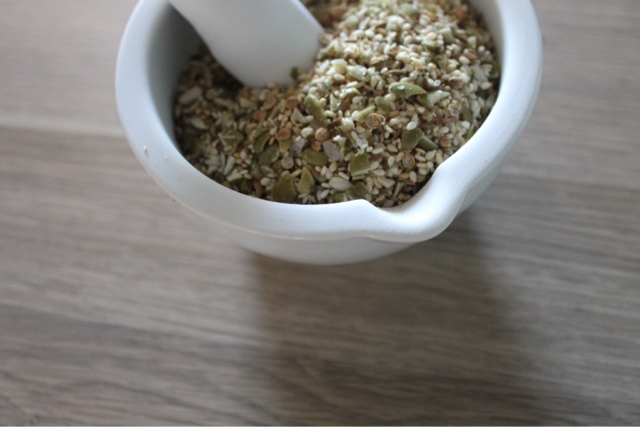